Does sibling fighting concern you? The time to address sibling rivalry is now. Jealous siblings, who view each other as rivals, may have difficulty getting along as adults. Adult sibling rivalry is a concern in many families. Rivalry among siblings does not always end in childhood. 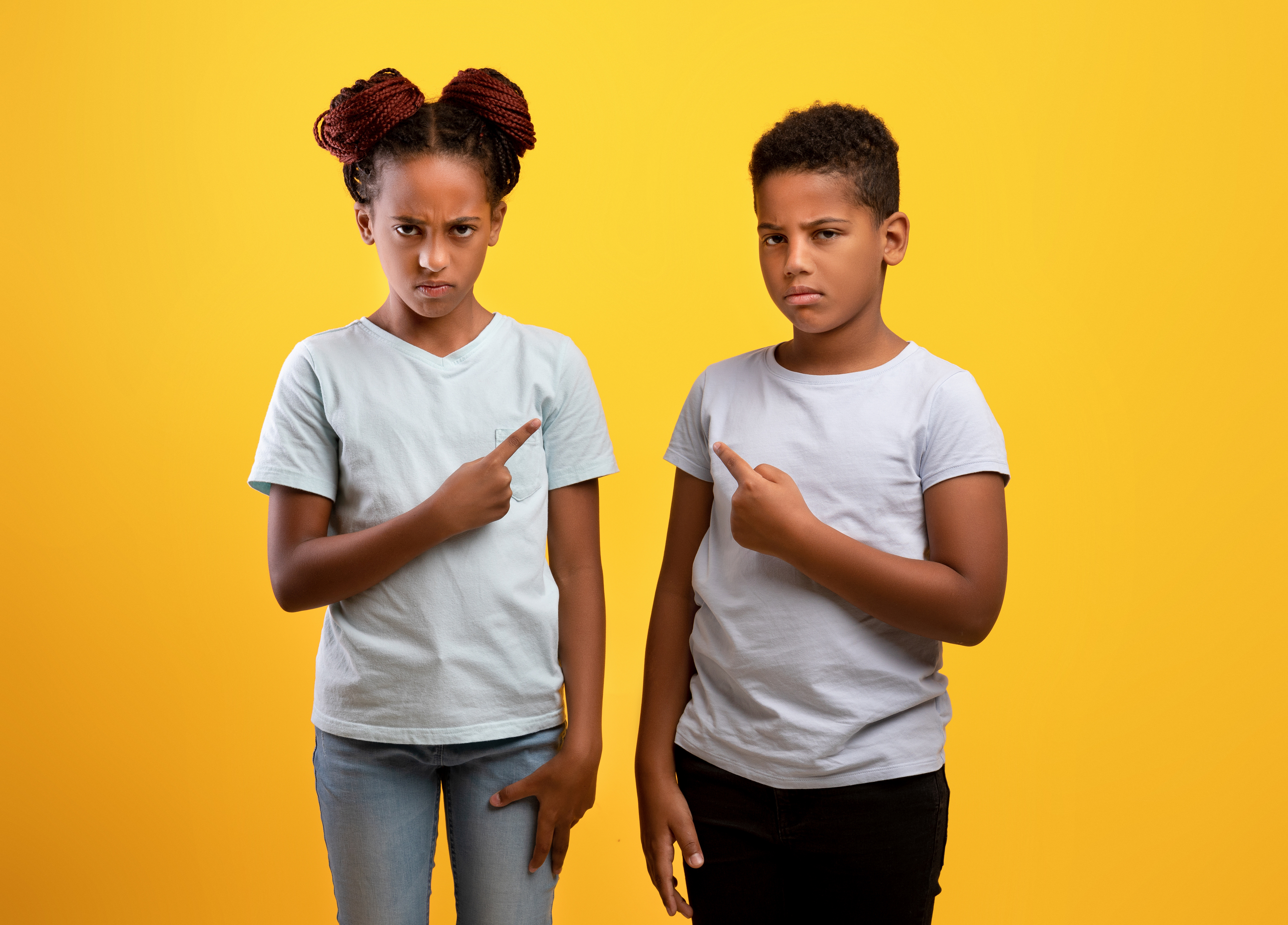 Do you wonder how sibling rivalry is affecting your children? Has sibling rivalry gotten out of hand? You are not alone. Sibling conflict is an issue for many families, and contributes to considerable stress in children and parents alike.

Sibling Fighting and How to Help

How Common Is Sibling Rivalry?

Most children adjust fairly quickly to a new brother or sister. Yet, even in the best sibling relationships sibling rivalry is common and understandable. When the new baby is born, an older child is likely to feel "dethroned" or displaced. The parent must devote much of his or her attention to the new arrival. The new baby requires considerable time and focus. The parents now divide their attention between two or more children. And the new baby frequently receives the bulk of it, due to the infant's vulnerable and needy state.

Parents have less time for their older children. Both the quality and quantity of their interactions with their older children may decrease. Older siblings are likely to notice the difference and feel displaced. The new baby becomes a rival for the parents' attention. This can set the foundation for sibling rivalry.

Is Age a Factor in Sibling Rivalry?

Young children are most likely to fight over possessions. Elementary school aged children frequently fight over which television program to watch. This can be a constant and ongoing battle.

Sibling conflict also appears most intense when children are close in age-2 years or less. This is likely because similar aged children depend on similar amounts of attention and support from their parents.

As the age span between them increases, sibling rivalry seems to decrease. Older children, for example, often take on a care-giving or protective role with a younger sibling.

How to Help An Older Child Adjust To A New Sibling?

1. Perhaps the most important thing parents can do is to involve the older child before and after the birth. For example:

2. Attend to the Older Child's Needs.

3. Be on the Look Out for Signs of Jealously.

Jealousy often lies at the root of sibling fighting. Signs of jealousy in a child who feels displaced by the new baby include:

(b) Difficult and Hurtful Behaviors Toward a Baby or Younger Sibling

Should You Intervene in Sibling Fighting?

Parents can help their children deal more effectively with sibling conflict. When siblings fight parents can use these incidents to teach children how to get along with others and solve conflict. Sibling fighting also offers opportunities to enhance the child's social and psychological competence and the traits that signal a high emotional IQ.

Use incidents of sibling fighting, for example, to teach children how to solve conflict, to problem solve, assert themselves, handle negative feelings and empathize with and appreciate the perspective of others. Without intervention the inappropriate behaviors that often characterize sibling fighting may become habitual. Children may then use these behaviors to solve conflict with peers.

A reliance on these inappropriate behaviors can contribute to behavior and social problems in children, at school and in the community.

When Sibling Fighting is Out of Control

Sibling fighting that crosses the line and is out of control may signal more serious concerns. Not all sibling fighting is normal. Sibling conflict can be abusive and involve physical, emotional and/or sexual abuse of one sibling by another. Sibling abuse often goes unrecognized by parents and society.

Yet, like any other form of abuse, sibling abuse represents a serious concern. It can have long lasting and detrimental effects on the victim, such as depression, anxiety, low self- esteem and poor self-image.

Parents who are concerned about sibling fighting may benefit from the support of a clinical psychologist.

Sibling fighting that includes extreme hostility and/or verbal, emotional or physical abuse is cause for concern. When one sibling repeatedly bullies and victimizes one or several of his siblings intervention can help solve the problem and help you to help your children.

Children who bully and victimize their siblings may suffer from behavioral and emotional concerns and might benefit from professional support.

If sibling fighting is out of control, keep the following in mind:

Visit our website to find more help for child problems.

You can also contact Dr. O'Connor about sibling rivalry. Following her review of your concerns she will offer recommendations to address them.

Dr. O'Connor also offers Psychological Assessments to help get to the "root of child problems", and in this case, find out what is contributing to sibling rivalry, and how to address it.