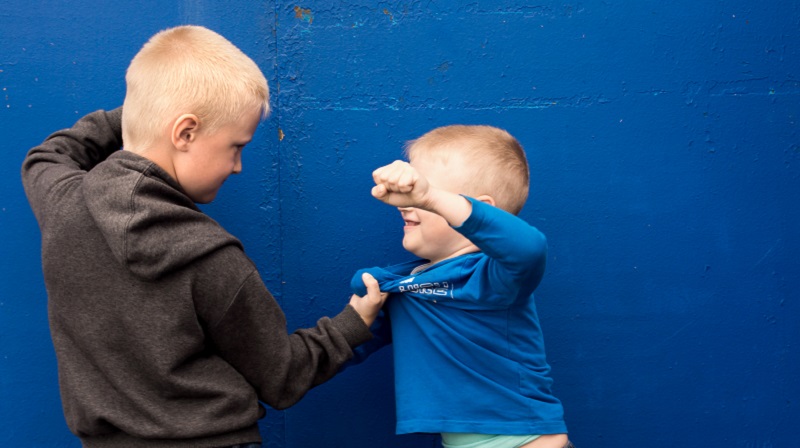 Are you worried about aggressive behavior in young children?

Aggressive children frequently show a range of worrisome behaviors. These include difficulty regulating their emotions and their behaviors. They frequently engage in physically and verbally aggressive behaviors, and can show difficulty with anger control. They can be physically and/or verbally abusive, disruptive and destructive of property. They may bully and tease others and be argumentative. Aggressive children may also show behaviors associated with various psychological disorders  such as ADHD, Oppositional Defiant Disorder and Conduct Problems.

Aggressive  behavior in young children  may be triggered by various life stressors or trauma reminders, which threaten the child in some way. When triggered, the child may lose control of his or her  behaviors and/or emotions and respond in an out of control, explosive manner. These behaviors can interfere with the child's ability to cope successfully across numerous life domains, such as when they are at home with their families, or at school or when interacting with their peers.

Aggressive children show a range of aggressive behaviors such as anger control problems and bullying behaviors. They can be physically and/or verbally aggressive, and destructive of property. They may tease and manipulate others, and are often argumentative. As a result they show difficulty getting along with others, including their peers and adults. These behaviors can interfere with their academic functioning and their ability to learn at school.

The psychological testing process comprises a rage of assessment measures including standardized norm based tests, informal screening tools, behavioral rating scales and other psychological testing tools, such as drawings and play based interviews . What measures or procedures are most appropriate depend on the young person, and his or her individual needs. Not all of these measures will apply in each case. Some of those that are typically used  by Dr. O'Connor include:

To read more about aggressive children including signs and symptoms and who is most at risk of developing an aggressive behavior problem , click here.